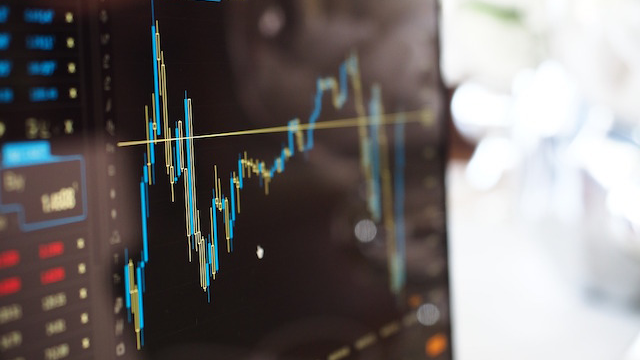 Among the hottest programming languages for finance, you’ll find R and Python, alongside languages such as C++, C# and Java. In this tutorial, you’ll learn how to get started with Python for finance. The tutorial will cover the following:

Getting Started With Python for Finance

Before you go into trading strategies, it’s a good idea to get the hang of the basics first. This first part of the tutorial will focus on explaining the Python basics that you need to get started. This does not mean, however, that you’ll start completely from zero: you should have at least done DataCamp’s free Intro to Python for Data Science course, in which you learned how to work with Python lists, packages and NumPy. Additionally, it is desired to already know the basics of Pandas, the well-known Python data manipulation package, but this is no requirement. If you do want to already get into Pandas before starting this tutorial, consider taking DataCamp’s Pandas Foundations course.

When a company wants to grow and undertake new projects or expand, it can issue stocks to raise capital. A stock represents a share in the ownership of a company and is issued in return for money. Stocks are bought and sold: buyers and sellers trade existing, previously issued shares. The price at which stocks are sold can move independent of the company’s success: the prices instead reflect supply and demand. This means that, whenever a stock is considered as ‘desirable’, due to a success, popularity, … the stock price will go up.

Note that stocks are not exactly the same as bonds, which is when companies raise money through borrowing, either as a loan from a bank or by issuing debt.

As you just read, buying and selling or trading is essential when you’re talking about stocks, but certainly not limited to it: trading is the act of buying or selling an asset, which could be financial security, like stock, a bond or a tangible product, such as gold or oil.

Stock trading is then the process of the cash that is paid for the stocks is converted into a share in the ownership of a company, which can be converted back to cash by selling, and this all hopefully with a profit. Now, to achieve a profitable return, you either go long or short in markets: you either by shares thinking that the stock price will go up to sell at a higher price in the future, or you sell your stock, expecting that you can buy it back at a lower price and realize a profit. When you follow a fixed plan to go long or short in markets, you have a trading strategy.

Developing a trading strategy is something that goes through a couple of phases, just like when you, for example, build machine learning models: you formulate a strategy and specify it in a form that you can test on your computer, you do some preliminary testing or backtesting, you optimize your strategy and lastly, you evaluate the performance and robustness of your strategy.

Trading strategies are usually verified by backtesting: you reconstruct, with historical data, trades that would have occurred in the past using the rules that are defined with the strategy that you have developed. This way, you can get an idea of the effectiveness of your strategy and you can use it as a starting point to optimize and improve your strategy before applying it to real markets. Of course, this all relies heavily on the underlying theory or belief that any strategy that has worked out well in the past will likely also work out well in the future, and, that any strategy that has performed poorly in the past will likely also do badly in the future.

A time series is a sequence of numerical data points taken at successive equally spaced points in time. In investing, a time series tracks the movement of the chosen data points, such as the stock price, over a specified period of time with data points recorded at regular intervals. If you’re still in doubt about what this would exactly look like, take a look at the following example: 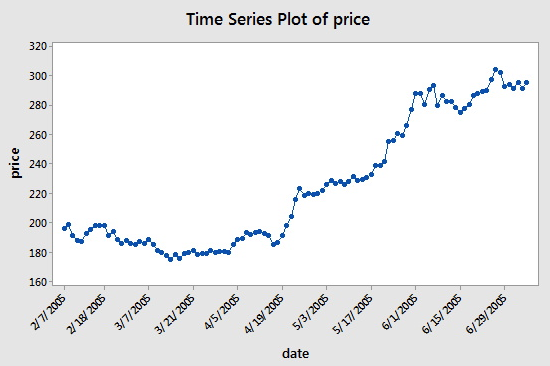 However, what you’ll often see when you’re working with stock data is not just two columns, that contain period and price observations, but most of the times, you’ll have five columns that contain observations of the period and the opening, high, low and closing prices of that period. This means that, if your period is set at a daily level, the observations for that day will give you an idea of the opening and closing price for that day and the extreme high and low price movement for a particular stock during that day.

For now, you have a basic idea of the basic concepts that you need to know to go through this tutorial. These concepts will come back soon enough and you’ll learn more about them later on in this tutorial.