摘要： To every beginner Machine Learning seems quite hard! 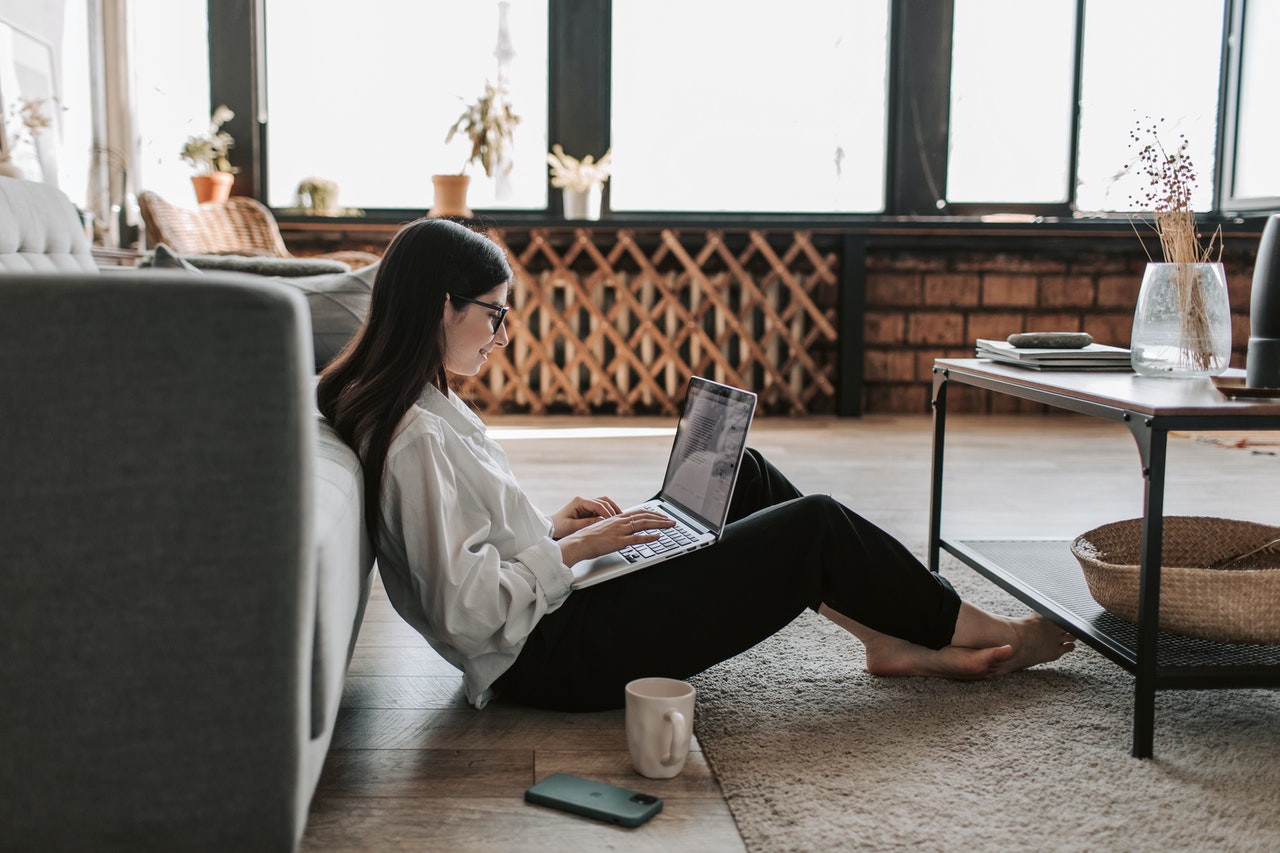 ▲Photo by Vlada Karpovich from Pexels(來源：medium.com)

Machine Learning as well as coding go hand in hand. Data scientists cannot use ML models without coding. One should have a thorough understanding of at least one programming language. As a result, deciding where you want to code from becomes important. This article will go over the top five programming languages in depth and help you in deciding which one is best for you.

Python is a popular object-oriented language created in 1989 and published in 1991. Guido van Rossum, best know as the creator of Python, happens to be the top most language according to a report. Should we learn Python or R ?

◆Web Development:Python can be used to build web applications at a faster rate. Its libraries help creating web applications faster as well as easier. Django and Flask are two of their well-known frameworks. They make it extremely convenient to create web applications from scratch and provide scalability.

◆Game Development:Python support in the creation of video games. Libraries such as Pygame, PyKyra and Panda3D assist in the development of games. They make it easier to create outstanding games and multimedia programs. Vega Strike and Disney’s Toontown Online use these frameworks.

◆Web Scraping:Python is extremely useful when it comes to extracting unstructured data from the web. Its libraries, such as Beautiful Soup, Pandas, NumPY, and Scrapy, aid in web scraping.

◆Data Visualization:Python toolkits such as Matplotlib and Seaborn aid in data visualization, which in turn helps in plotting graphs and much more.

◆Simple to use:Python is readable because of its syntax, which is similar to English. It is also simple to use. Since Python is easy to master, it makes it easier for developers to build ML models. Its simplicity allows creators to spend more time-solving ML problems rather than focusing on the technical complexities of the language.

◆Open-Source:Python is a platform-independent open-source programming language. It is supported by a wide range of platforms, including Linux, Windows, and macOS.

◆Wider Range of Libraries:Implementing AI and ML algorithms can be difficult and time-consuming at times. Python has a long list of libraries and frameworks that assist in generating a ML model. Availability of pre-written codes reduces development time.

◆Popularity:Python is one of the most popular programming languages. If you run into a problem while learning Python, there is a good chance that someone else has dealt with it before and can help you.

C# is a popular programming languages. Microsoft launched it around the year 2000. C# can be use to complete a wide range of tasks and objectives in various professions. Its characteristics are derived from predecessors such as C and C++. It is also a high-level language.

◆Web Development:C# facilities to create professional web applications on .NET platform . It is object-oriented, and it is used to create websites that are pretty beneficial and convenient.

◆Simple to Use:C# is generally easier to use, although it is still not as simple as Python.

◆Open-Source:The foundation on which the C# language is built is known as .NET. ML.NET, for machine learning, is a cross-platform, free and open-source machine learning framework designed for .NET developers particularly.

◆C# Libraries:When it comes to ML in C#, its libraries include ML.NET, as well as some older libraries like Accord.Net and TensorFlow bindings.

◆Auto-ML:Another outstanding feature of ML.NET is its application of Auto-ML. We can use Auto-ML to create simple Machine Learning solutions by just describing the problem and supplying our data.

◆Popularity:Since C# is a popular programming language, it has a large creator community that can help one another solve complex C# problems.

JavaScript, along with HTML and CSS, is one of three languages to master. It was invented by Brendan Eich of Netscape and launched in 1995. It is a multi-paradigm, text-based programming language used on both the client and server sides to make web pages interactive.

◆Interaction with Web page:Users can interact with web pages using JS. For example, it enables you to zoom in or out of a picture on a web page. It also allows music and video to be played back on a web page.

◆Web and Mobile Development:JS frameworks are not only use to develop but also create web and mobile-based applications. React, React Native, Angular, and Vue are some popular JS front-end frameworks. LinkedIn and Netflix are two well-known examples.

◆Game Development:JS is also used in game development, either 2D or 3D. JS libraries such as GDevelop, melonJS, ImpactJS, PhaserJS, and others assist in game development. They provide a nice set of tools to assist you in creating the game you desire

◆Open-Source:All the latest mobile and desktop browsers fully support JS. JavaScript applications will operate on the majority of desktop and mobile devices. As a result, if your application runs on JS code on the web, you can be confident that it will be available to almost all users.

◆Machine Learning Libraries:JS includes many ML libraries, such as Brain.js, TensorFlow.js, ConvNet.js, and others, that aid in developing ML models. Brain.js is a fast processing framework that supports various neural networks such as Long Short-Term Memory NN, Recurrent NN, and Feedforward NN. It promotes the creation of neural networks for training and running them on the server-side.

◆Popularity:JavaScript is one of the most widely used programming languages. It has a large developer community that can assist one another in resolving issues encountered while using JS.

R is a coding language and a free software environment for statistical computation and graphics. It is a software package that includes tools for data interpretation, manipulation, calculation, and visualization. Created by the R Core Team and launched in 1993. Famous among statisticians and data miners to collect, analyze, and visualize data.

◆Open-Source:R is accessible in source code form as Free Software under the Free Software Foundation’s GNU General Public License provisions. It implies that anyone with access to the internet can obtain and alter the code.

◆Finance:Banking and other industries that deal with statistical data use R. It assists the industry in data collection, analysis, data mining, and data visualization.

◆Statistical Algorithms:R programming also allows for the implementation of statistical algorithms such as linear and non-linear modeling.

◆Machine Learning Algorithms:R provides a variety of methods used in the machine learning area, such as time series analysis, classification, clustering, linear modeling, and so on.

◆Popularity:It has a vast community. Statisticians, data miners, and other professionals help one another.

Java is a popular object-oriented, high-level programming language. Developed by Oracle Corporation and released in 1995. It is a computing platform for the creation of applications. Java is a fast, safe, and trustworthy language. We can create a wide range of Java applications, including network applications, web applications, games, and many more.

◆Mobile Applications:Widely used in the development of mobile applications. It is considered the official programming language for that purpose. Java is compatible with Android Studio and Kotlin since it operates on the Java Virtual Machine (JVM).

◆Desktop Applications:Java allows for the rapid development of all desktop applications. Java supports GUI development, primarily through the Abstract Windowing Toolkit (AWT) and Swing. AWT contains several pre-assembled components such as a menu, list, and button. On the other hand, Swing is a graphical user interface widget framework that includes sophisticated components such as trees, scroll panes, tables, tabbed panels, and lists.

◆Game Development:Java allow creators to create games on any system. This is due to Java’s capability for multithreading and sockets. When intensive tasks are operating in the background, multithreading utilizes less memory and makes the most available CPU without locking the user out. Sockets aid in the development of multiplayer games. It will also be easier to distribute the game since Java operates on a virtual machine.

◆Learning Curve:Java comprises a range of areas where one needs to put in effort. The learning curve for Java and related languages is shorter and more comfortable than other languages.

◆Popularity:Java is also one of the most widely used programming languages. It has a large community that can assist one another in resolving problems.