Ether (ETH) miner revenue skyrocketed during the month of September according to data from glassnode, an onchain analytics resource. While the price of Ether did not rise significantly during this time, miners on the Ethereum network saw their revenue increase due to high fees.

During the same period, Bitcoin miner revenue from fees not only paled in comparison but actually decreased. BTC miners made $26 million in September, a 50% decrease compared to the $39 million earned in August. According to data from crypto mining pool F2Pool, it is now three times more profitable to mine Ether than it is to mine Bitcoin 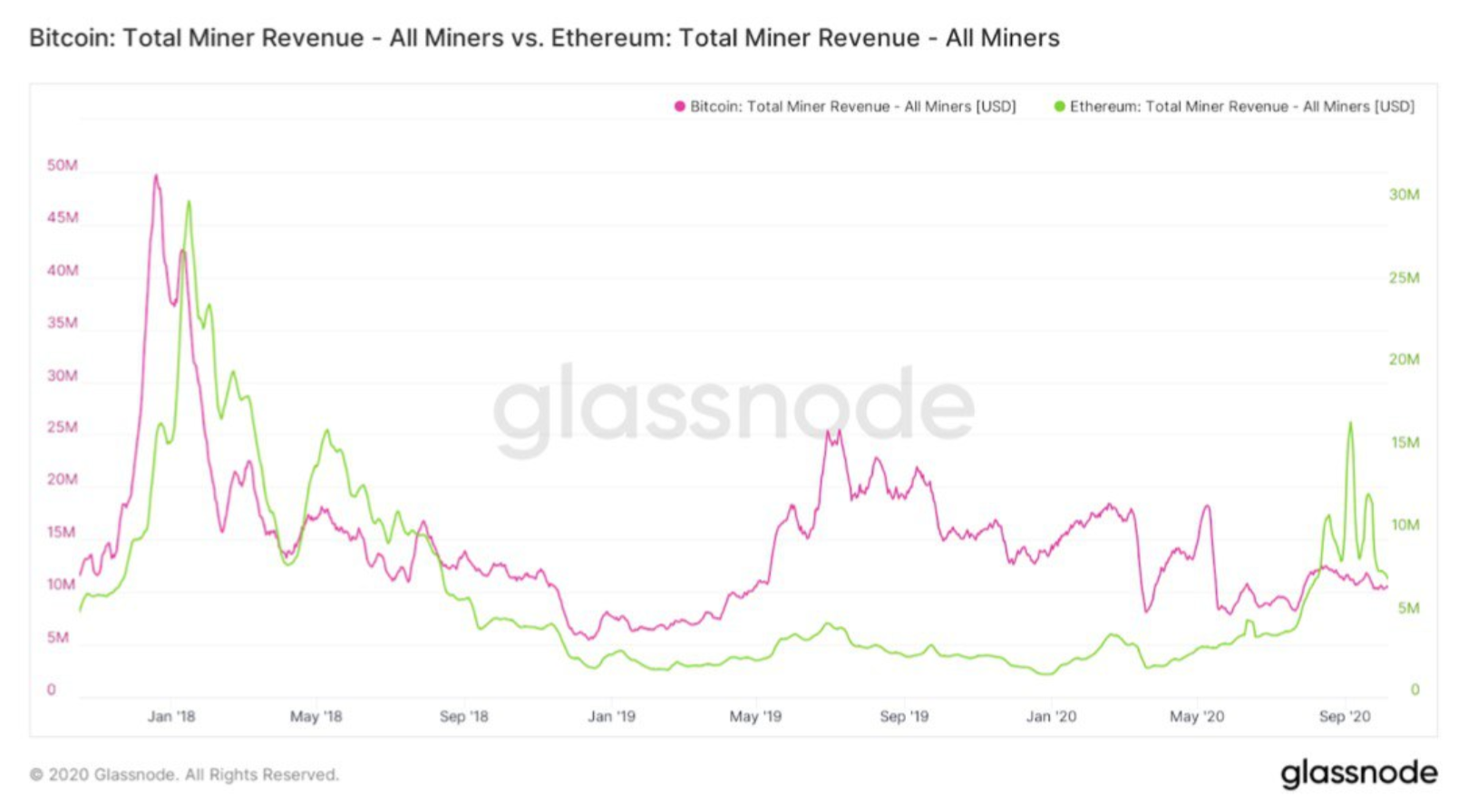 The steep increase in revenue for Ether miners stems from the activity in the decentralized finance sector which peaked in September and caused transaction fee prices to skyrocket on several occasions.