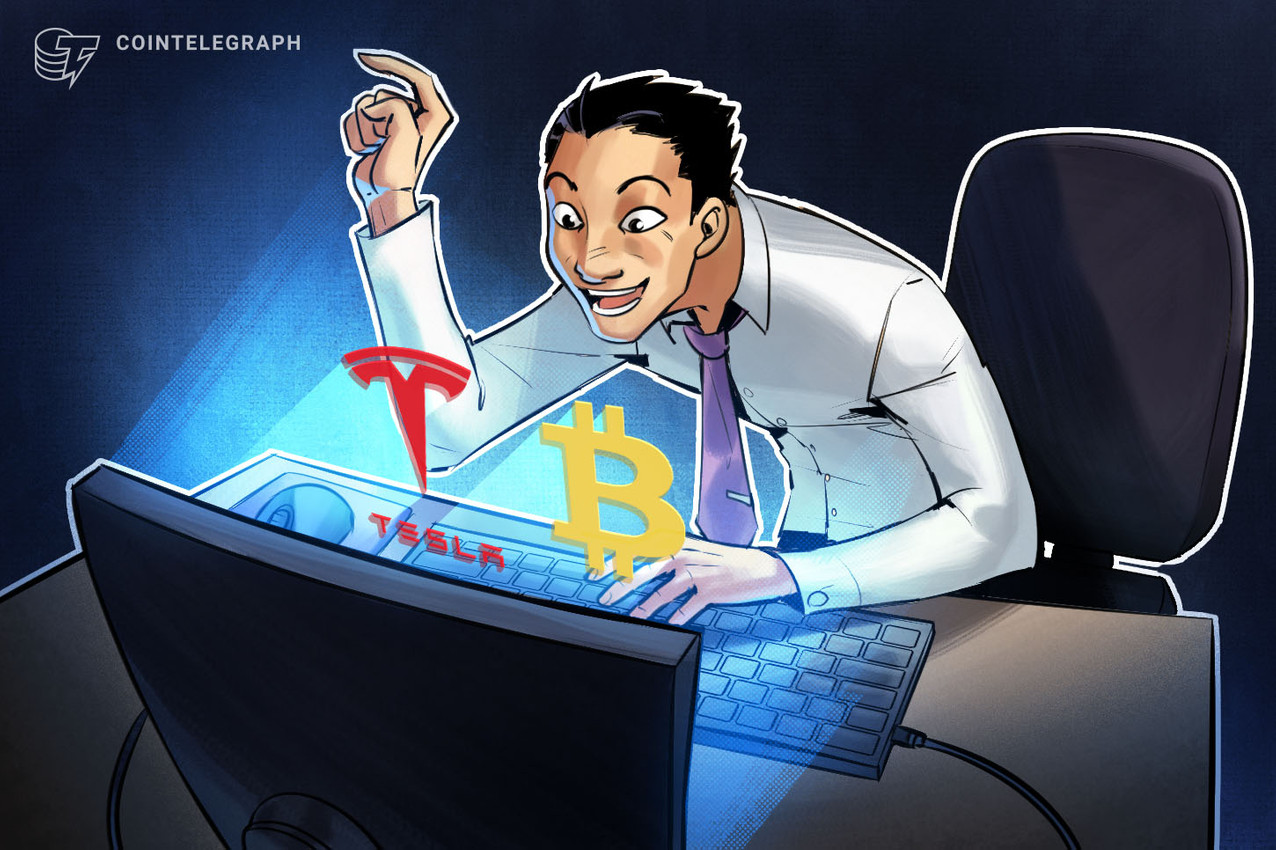 Bitcoin (BTC) jumped by almost $3,000 in minutes on Feb. 8 as reported emerged that Tesla had bought $1.5 billion worth of BTC.

Data from Cointelegraph Markets and TradingView tracked BTC/USD as a sudden spike to over $41,000 appeared as news of Tesla's plans trickled in.

A filing with United States regulator the Securities and Exchange Comission (SEC) shows that the company plans to buy $1.5 worth of Bitcoin.

"In January 2021, we updated our investment policy to provide us with more flexibility to further diversify and maximize returns on our cash that is not required to maintain adequate operating liquidity. As part of the policy, which was duly approved by the Audit Committee of our Board of Directors, we may invest a portion of such cash in certain alternative reserve assets including digital assets, gold bullion, gold exchange-traded funds and other assets as specified in the future," it states.

"Thereafter, we invested an aggregate $1.50 billion in bitcoin under this policy and may acquire and hold digital assets from time to time or long-term. Moreover, we expect to begin accepting bitcoin as a form of payment for our products in the near future, subject to applicable laws and initially on a limited basis, which we may or may not liquidate upon receipt."

The move follows encouraging signs from CEO Elon Musk, the world's richest man, who last week openly stated that he was a "supporter" of Bitcoin. Since then, however, signals have been mixed, after Musk removed Bitcoin from his Twitter biography but continued tweeting and promoting Dogecoin (DOGE).