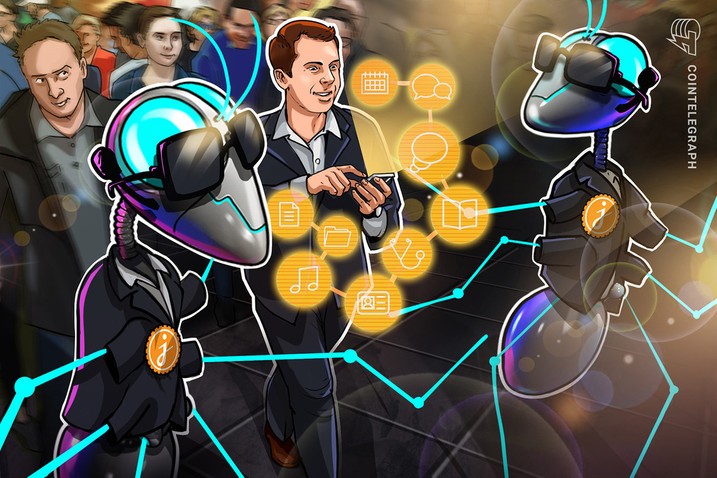 Three ex-Sony executives are using blockchain technology to create a global ecosystem that will link Internet of Things devices while allowing consumers to take back control of their personal data.

Founded by Kunitake Ando, Jasmy’s purpose is to build an infrastructure for the interconnected devices — “IoT anytime, anywhere” — that are beginning to power the fourth industrial revolution.

“While Jasmy's platform protects the convenience of the Internet and the value of the data that individuals have, the concept that we are aiming for is for everyone to feel safe, to use their own data, and to protect users’ rights,” Ando said. That means creating a “new era of consumer-oriented data… in which the sovereignty of data is in the hands of consumers and the data they provide becomes their personal assets.”

Jasmy calls this “the democratization of data” that is now largely controlled in centralized data servers by the likes of Google, Amazon, Facebook and Apple — a group that “can see everything you do” because they have control of what Jasmy calls “platinum data.” This does not mean databases of names, phone numbers and credit card information, but rather valuable personal data that gives insight into day-to-day behaviors and helps marketers understand people’s likes and dislikes.

Blockchain comes into this as a way for people to control their own data, so they — not tech giants — can extract the value from it. “The data may be purchased by advertising agencies,” Ando said. “But in the future, we want to allow users to choose who they want to offer their data to.”

This is where Jasmy’s first product, the Personal Data Locker (PDL), comes in. It provides users with the private key to retrieve their data, only doing so when and for whom they wish.

Ando points to so-called “AI smart speakers,” saying they have not caught on in Japan because people feel anxious about a potential invasion of their privacy. A Jasmy AI speaker will use a PDL where no third party could access it, protecting privacy and allowing data to be used more effectively.

The core of this technology is Jasmy’s patent pending Secure Knowledge Communicator and Smart Guardian, which is used to manage hardware that is secure because it “only listens to its master,” Ando said.

Jasmy’s first major product is the Secure PC, which is a response to the growing need to protect data from hackers rather than using it. By using blockchain technology to secure the logs and data so that they cannot be tampered with, it’s possible to make a secure remote environment for corporations.

The JasmyCoin will be the method of exchange for individuals selling access to the personal data in their PDL. In that way it will be a utility token that businesses will have to hold in order to access individuals’ data.

But, it is also intended as an investment that can create demand for data utilization while accelerating data democratization, the company said. The 50 billion pre-mined JasmyCoin will not increase in number, while the amount of personal data that can be stored in the system is essentially unlimited — meaning its intrinsic value can grow. "Data utilizers" in the ecosystem will need to stake JasmyCoin in order to access platinum data.

There are four main business areas for JasmyCoin, each with sellers and buyers:

Jasmy’s goals are seven million Japanese users in five years, and 100 million worldwide; building the value of accumulated data to $500 per person; and greatly expanding the token’s market capitalization.

It is also pushing into the U.S. and English-speaking nations through deals with several exchanges including Bittrex.