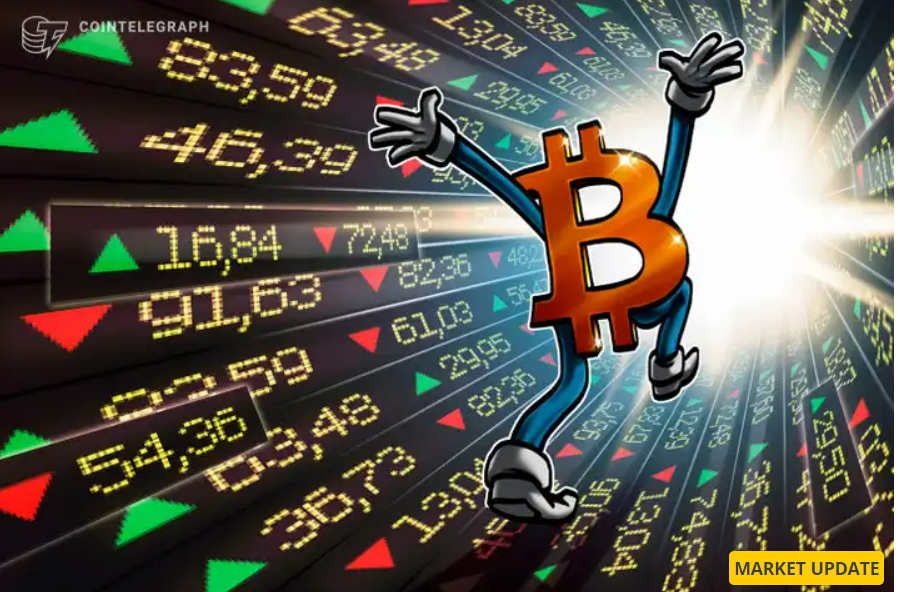 Bitcoin (BTC) cracked $37,000 at the Jan. 28 Wall Street open as traders watched and waited for a resistance retest.

Data from Cointelegraph Markets Pro and TradingView showed BTC/USD returning to form after dipping to $36,175 on Bitstamp earlier in the day.

As part of the range-bound behavior, hopes were held high that momentum would continue to challenge resistance levels closer to $40,000, whether or not the ultimate outcome would be a fresh correction.

"The bearish scenario seems most likely, which is exactly the reason why I think we'll see a surprising move," popular trader Crypto Ed said as part of comments on the immediate outlook.

"Only after a convincing reclaim of $40K I'll be full bull."Fellow trader and analyst Anbessa reiterated previous demands for $38,500 to hold to proclaim the corrective phase as complete for Bitcoin.

As Cointelegraph reported earlier, low funding rates are combining with an improving picture across derivative markets, something that could, ultimately, spark a timely squeeze upward.

On Jan.24, Rekt Capital highlighted the area for Bitcoin to reclaim to rekindle bullishness on longer weekly timeframes. As reported, this would come in the form of $39,600 as a weekly close price.

Crypto Ed, however, was not alone in his feeling of foreboding over a possible fresh breakdown.

Despite taking liquidity during its brief dip below $33,000 earlier in the week, Bitcoin has not convinced everyone that the floor is truly in.

"It seems wrong that BTC would bleed straight down from the ATH without a relief rally, only to have the reversal be front-run without properly testing the range low," he argued.

"Similar vibes to April 2018 where the $6K bounce was front-run, but ultimately collapsed. Just a gut feel."

TXMC nonetheless noted that the bounce from $33,000 had liquidated more short positions than at any point since Bitcoin's $69,000 all-time highs last November, citing data from on-chain analytics firm Glassnode.