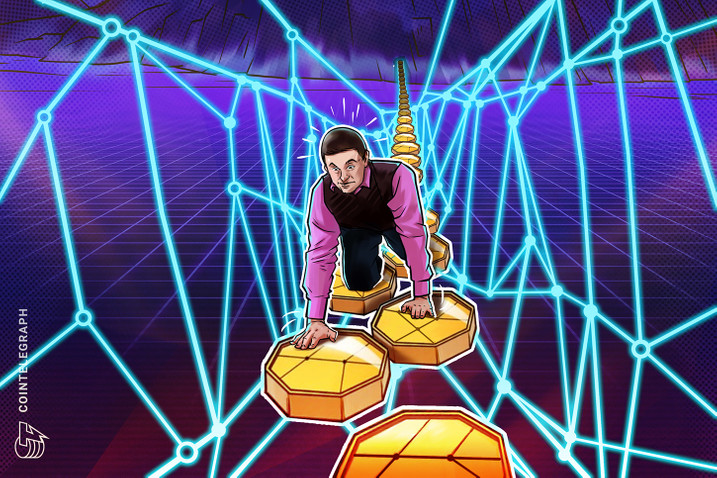 Crypto and blockchain enthusiasts take pride in belonging to a community that is working on the future of financial systems. Yet, the community is innately fragmented thanks to multiple blockchains working independently of each other. The dream of mass adoption of blockchain and decentralized finance faces a major hurdle: a lack of interoperability.

Meanwhile, decentralized applications (DApps) — the fruits of decentralization — are being held up. DApp developers face difficulties while transacting between different blockchain networks, and the reason behind this is they are stuck in the Ethereum ecosystem. Despite having the best infrastructure, Ethereum is losing its foothold.

As per a DApp market report, around 59% of all DApps run on the Ethereum blockchain. The growth of decentralized finance on Ethereum notwithstanding, many developers and users are unhappy with the network.

Growing transaction charges are an outright bane for developers and users alike. Likewise, the Ethereum network is also prone to clogging. Even six years after launch, Ethereum’s transaction speed languishes around 15 transactions per second (TPS). The combination of the above factors derails the efforts of developers by pummelling the feasibility of their projects.

Also, the highly-anticipated Ethereum 2.0 upgrade fails to address the scalability issues. Eth2’s complete implementation may be more than a year away. When you consider associated efforts like proof-of-stake migration and security upgrades, measures to tackle the scalability issue seem to be nowhere near the priority list.

Part of the vision for Eth2 is “to make applications faster and cheaper to use.” With reality furthering itself away from that vision, however, the crypto-finance community is looking for alternatives.

These alternatives are built on collaboration rather than competition. The potential driver of decentralized finance growth is enhanced interoperability.

With interoperability, the traditional mentality of “I use blockchain B as it is better than blockchain A” undergoes a paradigmatic shift. We are moving toward a culture where blockchains A and B collaborate and are used in unison for a specific purpose.

For better context, consider this: Without interoperability, the vast majority of DeFi protocols would lack the largest blockchain network and cryptocurrency, Bitcoin (BTC). However, with the help of blockchain bridges, it is now possible to transfer one’s BTC holdings to the Ethereum network in the form of wrapped tokens such as Wrapped Bitcoin (WBTC), which has tokenized around 1% of Bitcoin’s supply on Ethereum. These ERC-20-compatible wrapped tokens offer faster Bitcoin transactions and enable users to employ Bitcoin on DeFi protocols such as Aave to lend and borrow assets — or perform other DeFi activities.

It’s also because of blockchain interoperability that users have the freedom to transact ERC-20 tokens on the Binance Smart Chain, dodging Ethereum’s spiking gas fees and executing transactions almost instantly. The arrival of interoperable solutions shall act as a window for multiple DeFi products and applications.

Many developers, particularly those in high-volume sectors such as gaming, are now looking to layer two solutions to solve their problems. However, many of these solutions have been slow to deliver while developers waver over options like Plasma state channels technology. Rollups are the hot new workaround, bundling transactions for higher throughput.

However, the fact is that many Ethereum layer two protocols leave DApps constrained to the Ethereum ecosystem. Without the chance to interoperate, developers and users can’t tap into any value emerging from other platforms.

Moving on, how can we attain seamless interoperability while bypassing the challenges faced by existing layer two infrastructure?

As the name implies, blockchain bridges are built to span blockchains and facilitate communication. This technology solves the issue of interoperating between two different protocols. Using trustless bridges, users can leverage the benefits of both blockchains.

Generally, these bridges are governed by the “burn-and-mint” approach. According to this, tokens do not leave their respective blockchains during the transaction. The token is burned or locked in its blockchain, while its equivalent is minted or created on another blockchain. This method ensures a constant token supply and reduces volatility.

There are two types of blockchain bridges: federated and trustless. The former is a private and more centralized project that requires certain criteria to be met before the bridge can be used. On the flip side, trustless bridges operate in a decentralized environment: Similar to Bitcoin and Ether (ETH) miners, trustless bridge validators receive incentives to maintain the bridges. Here, trustless bridges work on mathematical truths and are devoid of any human errors or corruption.

Alongside innate transparency, there are multiple advantages associated with trustless bridges. They enable the interoperability of tokens between different networks. Ethereum can use this ability to offload its transactions to another blockchain. Also, trustless bridges help to reduce congestion in blockchains with high volumes of transactions, providing users — and especially DApp developers — with a seamless transaction experience.

The employment of trustless bridges is an effective way for blockchains to grow in unison. It also acts as a great incentive for developers to design DeFi applications that advance the prospect of an open financial system. Trustless bridges usher in a new era of interoperability that will ultimately unlock new value for the benefit of all market participants.

Through trustless bridges, the potential emerges for DeFi platforms and centralized banks to collaborate. A peer-to-peer-based banking system that leverages the convenience of traditional banking setups is a hope gifted by trustless bridges.