摘要： Circle and CYBAVO intend to further promote the adoption of USD Coin and Web3 applications while integrating technology deeply into their core product suite. 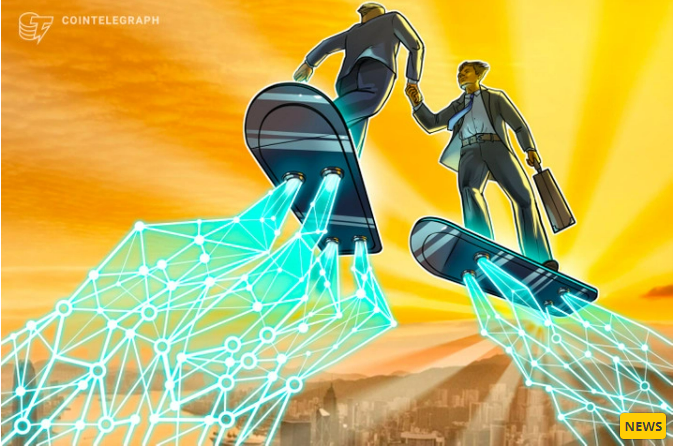 Circle, a peer-to-peer financial services firm, has agreed to acquire Cybavo, a digital asset infrastructure platform. The deal will allow Circle to provide "infrastructure as a service" for firms wanting to develop on Web3.

Developers will be able to work on their products without having to worry about digital asset security, operations, or blockchain infrastructure management. According to the Friday press release, Circle and CYBAVO intend to further promote the adoption of USD Coin (USDC) and Web3 applications while integrating technology deeply into their core product suite.

Also, Circle wants to develop and operate CYBAVO's products and services while integrating them as a new product pillar for Circle. Cybavo is a Taiwanese start-up formed in 2018 and raised $4 million in a seed round last year. Circle will invest in Cybavo's research and development as well as provide support for its products and services.

Paul Fan, co-founder and CEO at Cybavo, said that "Circle and CYBAVO share similar operating principles and values and we are aligned in the belief that the market for Web3 apps will "cross the chasm" over the next few years, expanding into major consumer and enterprise-scale applications."

Cointelegraph spoke with Circle about the venture that they termed as a "strategic acquisition," intended to speed up the adoption of USDC and Web3 technologies while also improving existing product offerings and establishing a new "Crypto Platform Services" category at Circle.

According to the payments firm, its role in the ecosystem has been to link the traditional finance system with Web3 apps, adding :

"We believe the future is a more open platform for financial services that seamlessly connects these two worlds, with more core applications and services built on crypto and blockchain infrastructure."

Circle did not disclose the terms of the deal with Cointelegraph, however.

Launched in 2018, the USDC stablecoin is the second-largest stablecoin after Tether (USDT), with a market capitalization of around $53.8 billion, and the fifth-largest digital asset by value, according to data from CoinGecko.

As reported by Cointelegraph, Circle recently raised $400 million in a funding round co-led by American investment firm BlackRock, the investment advisory firm Fidelity Management and Research, and the London-based hedge fund Marshall Wace and Fin Capital. The investment round will help Circle promote its development as the demand for the United States dollar-based digital currency grows.