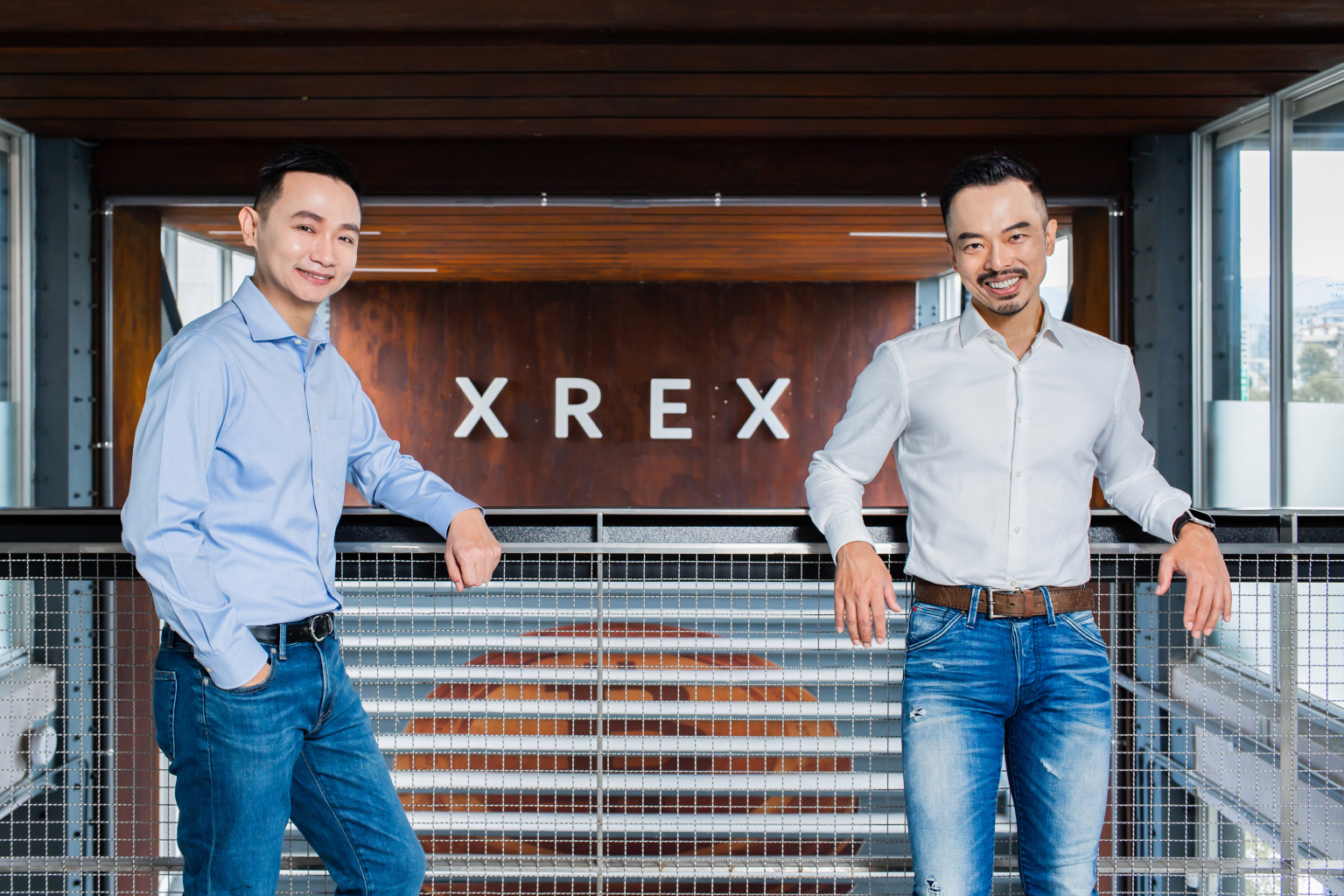 Part of the new round will be use to apply for financial licenses in Singapore, Hong Kong and South Africa, and partner with banks and financial institutions, like payment gateways.

“We specifically wanted to build a regulatory-friendly cap table,” XREX co-founder and chief executive officer Wayne Huang told TechCrunch. “It’s really hard for a startup like us to raise from banks and public companies, but as you can see, this round we deliberately to do that and we were successful.”

Huang sold his previous startup, anti-malware SaaS developer Armorize Technologies, to Proofpoint in 2013. Armorize analyzed source code to find vulnerabilities, and many of its clients were developers in Bangalore and Chennai, so Huang spent a lot of time traveling there.

“We ran into all sorts of cross-border money transfer issues. It seemed almost unstoppable,” Huang said. “Growing up in the U.S. and then in Taiwan, we were not exposed to those issues. So that planted a seed, and then when Satoshi [Nakamoto] published the bitcoin white paper, of course that was a big thing for all cybersecurity experts.”

He began thinking of how blockchain can support financial inclusion in emerging markets like India. The idea came to fruition Huang teamed up with XREX co-founder Winston Hsiao, the founder of BTCEx-TW, one of Taiwan’s first bitcoin exchanges. Hsiao grew up in India and founded Verico International, exporting Taiwan-manufactured semiconductors and electronics to other countries, so he was also familiar with cross-border trade issues.

XREX Crypto Services give merchants, especially those in countries with low U.S. dollar liquidity, tools to conduct trade in digital fiat currencies. “They have to get quick access to the U.S. dollar and be able to pay it out quick enough for them to secure important commodities that they want to import, and that’s the problem we want to solve,” said Huang.

To use the platform, merchants and their customers sign up for XREX’s wallet, which includes a commercial escrow service called Bitcheck. Huang said it is similar to having a standby letter of credit from a commercial bank, because buyers can use it to guarantee they will be able to make payments. Bitcheck uses digital currencies like USDT and USDC, stablecoins that are pegged to the U.S. dollar.

Merchants pay stablecoin to suppliers and XREX escrows the funds until the supplier provides proof of shipment, at which point it moves the payment to them. XREX’s crypto-fiat exchange allows users to convert USDT and USDC to U.S. dollars, which they can also withdraw and deposit through the platform.

Part of XREX’s funding will be used to expand its fiat currency platform, though Huang said it doesn’t plan to add too many cryptocurrencies “because we’re not built for crypto traders, we’re built for businesses and brand really matters to them. Brand and compliance, so whatever the U.S. Comptroller of the Currency says is a good stablecoin is what they’re going to use.”

Some of XREX’s partners include compliance and anti-money laundering providers like CipherTrace, Sum&Substance and TRISA. Part of XREX’s funding will be used to expand its security and compliance features, including Public Profiles, which are mandatory for customers, and user Reputation Index to increase transparency.

In a statement about the funding, CDIB Capital Innovation Fund head Ryan Kuo said, “CDIB was an early investor in XREX. After witnessing the company’s fast revenue growth and their commitment to compliance, we were determined to double our investment and lead this strategic round.”