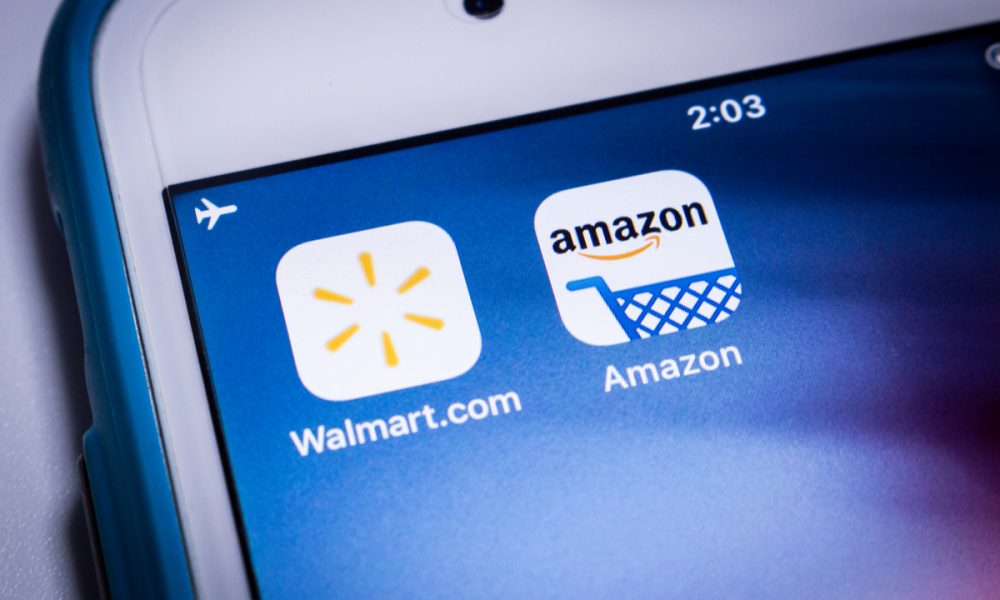 When Walmart releases its second-quarter earnings report next Tuesday, retail watchers will get a fresh update on just how increasingly mobile consumers are impacting the box store giant’s 10,500 worldwide locations.

Based upon Amazon’s decelerating eCommerce sales, reported at the end of July, some may assume that Walmart will reap the benefits of an in-store return. But increased mobility doesn’t only mean in-person shopping — as Amazon Chief Financial Officer Brian Olsavsky pointed out on the company’s earnings call, it also includes socializing with friends and going back to restaurants after 18 lonely months.

Financial results that end in the optimistic days of June may not seem as relevant amid growing concerns about the COVID-19 Delta variant, but the halfway point of 2021 may be an important marker in the battle of the retail titans, especially with Amazon’s Prime Day and Walmart’s Days of Deals in the rearview mirror and the holiday season still ahead.

With Amazon’s marketplace making up the majority of the platform’s retail sales, the eCommerce giant this week said it will pay customers directly for property damage or personal injury caused by items sold by third-party merchants.

The move was seen by industry watchers as Amazon protecting its brand and the integrity of the third-party marketplace as it continues to grow and mature. Starting Sept. 1, Amazon will pay directly for claims of less than $1,000, though the company said it may also pay for claims of more than $1,000 if the seller is unresponsive or if Amazon believes the claim is valid.

“By standing behind customers and the products in our store, regardless of who sells them, Amazon is going far beyond our legal obligations and what any other marketplace service provider is doing today to protect customers,” Amazon said in a statement.

The move comes as Walmart continues to expand its third-party marketplace, last year partnering with Shopify to add 1,200 small and medium-sized business (SMB) sellers to Walmart.com. The company also opened its marketplace to international sellers earlier this year.

Walmart is forging ahead with new efforts to protect its share of consumers’ grocery spend, this week announcing a new partnership with cooking app SideChef that will include five shoppable recipes targeted toward families who have less time to grocery shop with students returning to the classroom.

Online grocery sales have taken a dip this summer as mobility has increased, but demand is expected to return in the near future — and Walmart is trying to ensure that demand remains within its ecosystem. PYMNTS previously reported on a leaked Walmart memo from February showing the retailer’s grocery lead is slipping, and executives are starting to sweat.

While Walmart still has a 10-to-1 advantage over Amazon when it comes to groceries, the eCommerce marketplace is set to become the largest retailer in the U.S. next year, and with that comes more consumer attention — and perhaps a bigger share of the refrigerator.

Amazon is preparing to implement a 0.5 percent surcharge in Singapore for transactions that use the Visa card as the cost of accepting card payments continues to be an obstacle to providing consumers with low prices. Perhaps more important, though, is that in the announcement, Amazon said it anticipates a “future that is less card-centric” in the coming years.

Tacking on the surcharges seems to imply that Amazon is confident consumers will swallow the upcharge if they want to use their cards. Visa, for its part, is also slated to hike interchange fees, which the merchants pay to banks for card transactions.

In the U.S., surcharging is also picking up steam. Colorado, for example, recently became one of the latest states to let merchants put surcharges in place. Only two states, Massachusetts and Connecticut, have surcharge bans in place.

To be sure, 52 percent of consumers prefer using credit cards when trying new connected economy experiences, which suggests this less card-centric future won’t be arriving tomorrow. But with buy now, pay later (BNPL) on the rise and real-time payments gaining steam, Amazon is likely not the last merchant to forecast a declining reliance on cards.