摘要： One of the goals of the connected economy is to turn simple things into payment mechanisms. 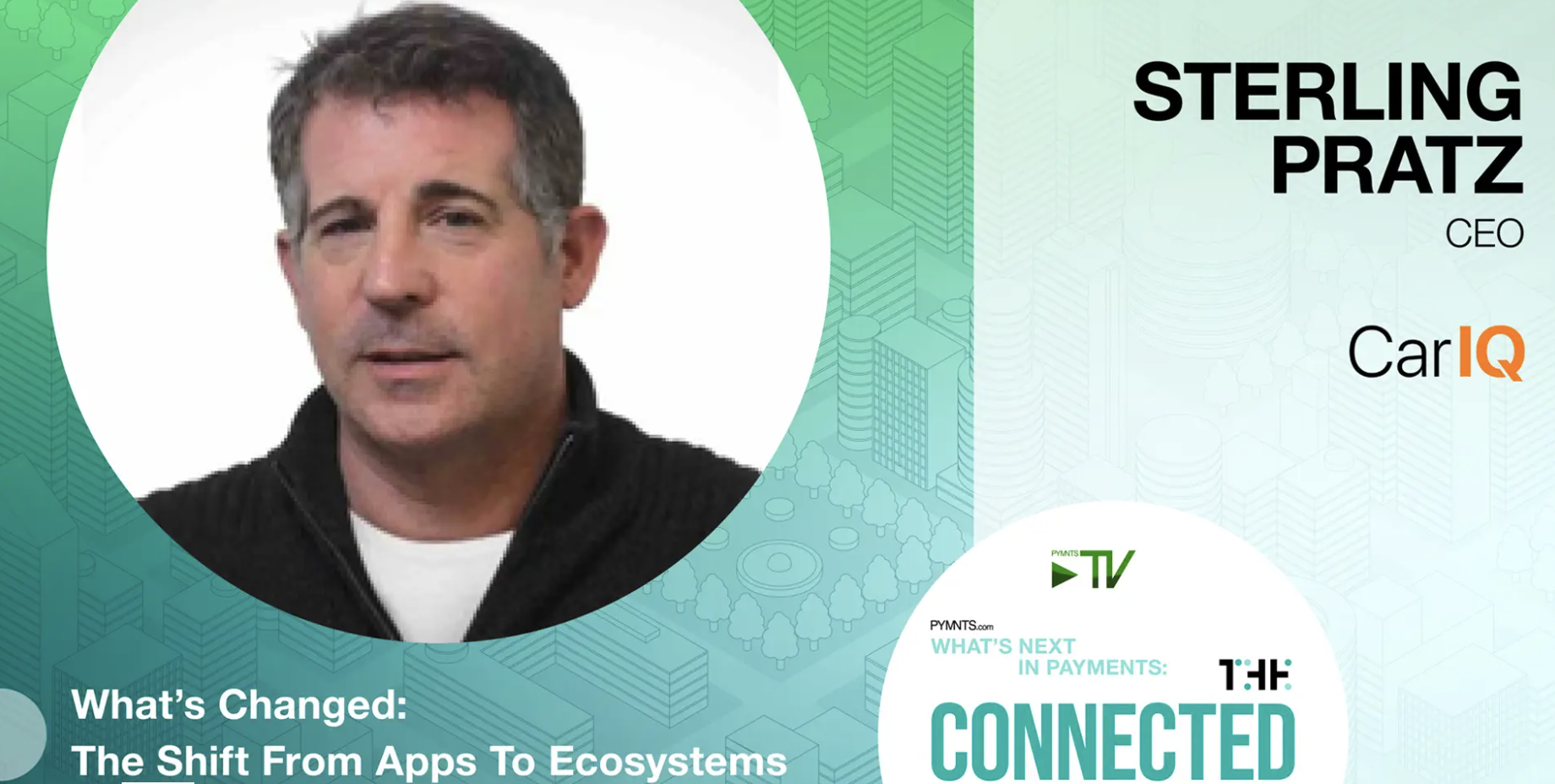 Homes, for example, will become connected commerce command centers. Appliances will become part of the Internet of Things (IoT) payments platform. And cars will connect their passengers to everything from work to entertainment and more.

It’s the “and more” that becomes intriguing. What if the whole car could become a payment vehicle? It’s a question that could not be left unanswered by the team at Car IQ. The company has developed what it said is the first payment solution developed for vehicles and passenger car fleets that enables the vehicles to transact directly with card networks, banks and service providers. Its underlying technology is based on a patented machine identity verification process that enables vehicles to automatically initiate payments for services such as tolls, fuel, parking and more.

As CEO Sterling Pratz told PYMNTS Karen Webster, Car IQ is all about using the power of technology to automate fleet management. For companies with a large automotive fleet, handing out cards to all their drivers is “kind of a pain” from a management standpoint, he said. Fleet managers have software, but software that looks and functions a lot like an Excel spreadsheet and takes 30 to 90 days to accrue their vehicle expense and capture payments that might have happened through third parties like toll booths or gas stations.

But replacing cards with connected cards isn’t simple work; it required about four years of effort around rethinking what a payment looks like when one connects a machine directly to a bank and figuring out how to create trust between a car and a bank.

A high bar the company managed to clear by rethinking the know your customer (KYC) process — which is about connecting a consumer to an account — and redeveloping it around a new notion of KYC: know your car. This version of KYC analyzes all the data within a car and uses it to create an identification based on data features unique to a vehicle. With its new notion of KYC, Pratz said, the car’s identity itself can be used to authenticate a payment and communicate directly with a merchant or with payment networks simultaneously.

And it works. Today, CarIQ has automobiles creating “thousands and thousands” of transactions at toll booths and parking lots and paying for brick-and-mortar services like tune-ups, brake jobs and tire changes, he said. The No. 1 request Car IQ gets is for the ability to connect cars directly to gas pumps, something the firm has started doing, making it possible for fleet vehicles nationwide to connect directly at the pump and pay without a credit card.

Not only is this a more secure experience for fleet drivers, who know exactly what charges are being made on exactly what vehicle with far less room for abuse or misuse, they also get a real-time view of their expenditures instead of having to endure a 60- to 90-day true-up process. It is why building the platform was hard work, Pratz said. Persuading B2B clients to use the platform, however, was not.

“The fleet guys really liked the product,” he said. “In fact, most of them were asking, ‘How soon can I get it? When can I start connecting my cars?’ The more fascinating question was, ‘What features did they want to pay? This one surprised me: almost everybody was identical in the list.”

And while the potential for customers is vast and still being developed, as the company works more with original equipment manufacturers (OEMs), the wider potential for Car IQ’s version of connected car tech becomes increasingly apparent.

Right now, he said, manufacturers are caught between two choices when it comes to connecting their cars, Pratz said. They can partner with a Big Tech player like Amazon or Google to embed the tech, and then run the risk of losing the central part of the relationship with the customer. Or they can try to build it themselves, a tricky feat for non-technologists that is more likely going to end up with a feature that is a bit “clunky” and will probably require a user to go through too many steps downloading a new app and loading payment data into it.

At the end of the day, consumer drivers and fleet managers want the same thing when it comes to connected cars: ease of use and convenience. So, when it comes time for the car to pay, there is no new task the customer has to complete, no app to download and no password to enter. The car identifies and authenticates itself.

That means the roadmap for Car IQ in 2021, so to speak, is all about scale, connecting more cars and enabling more types of payments made from the open road. Connected cars are the future, Pratz said, and done right, they will make the ride smoother for everyone.

“The goal is payments can now be used to create a very personalized experience with the owner,” he said.